The groundbreaking ceremony for the National Advanced Air Mobility Center of Excellence at Springfield-Beckley Municipal Airport in Ohio was held Aug. 23, 2022. (US Air Force Photo/Dennis Stewart)

Construction of a facility for the development of advanced air mobility projects began last month in Springfield, Ohio. The National Advanced Air Mobility Center of Excellence, or NAAMCE, is funded by $9.35 million in investments from the City of Springfield, JobsOhio, and the Department of Defense. The groundbreaking ceremony was held during this year’s National Advanced Air Mobility Industry Forum.

NAAMCE aims to facilitate collaboration between the Air Force Research Laboratory (AFRL), NASA, industry leaders and local colleges and universities, as well as the Ohio Unmanned Aircraft Systems Center. The facility will support the development of projects related to advanced air mobility, including electric vertical take-off and landing (eVTOL) aircraft, according to AFRL announcement.

In addition to military applications, eVTOLs offer a range of potential use cases such as medical transport and humanitarian and disaster relief missions.

The USAF AFWERX program encourages innovations in aerospace such as new and advanced aircraft types. The program has launched a market study targeting the development of high speed VTOL aircraft, awarding a Phase 1 contract to 11 companies, including Jaunt Air Mobility, Whisper, Horizon Aircraft and Bell Textron. Phase 2 contracts are expected to be awarded in early 2023. 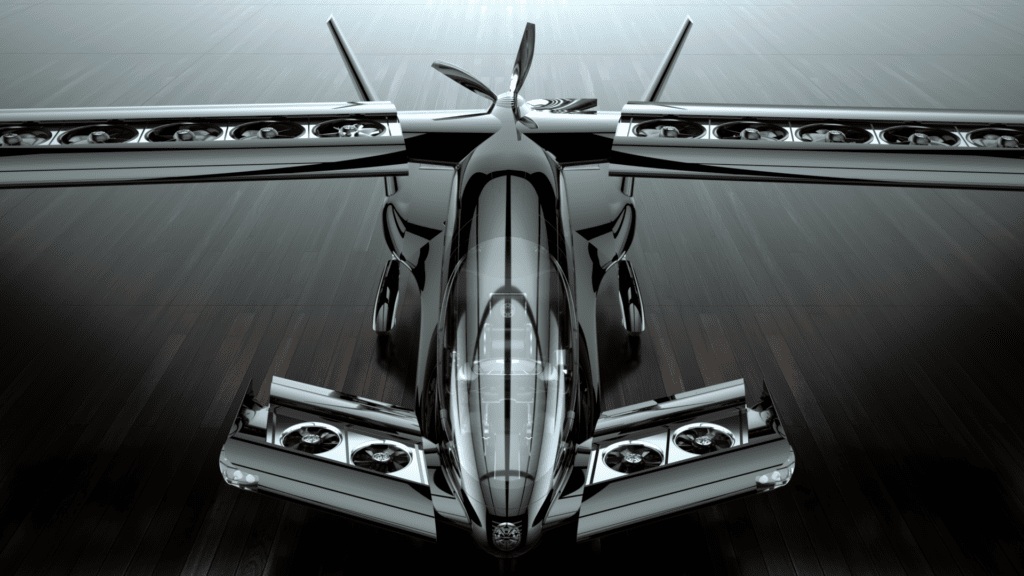 The AFWERX Agility Prime initiative is another example of USAF efforts to encourage the development of commercial eVTOL aircraft through coordination with industry. Agility Prime, according to the AFRL statement, is “intended to reduce bureaucratic, regulatory and financial burdens associated with the development and certification of eVTOL aircraft with the military, NASA and the Federal Aviation Administration.”

In a keynote address at NAAMCE’s groundbreaking ceremony, retired Col. Joe Zeis, aerospace and defense adviser to Ohio Governor Mike DeWine, noted that mobility Advanced Aerial (AAM) is one of the most transformative technologies in aerospace today. He also added that to remain a leader in the aerospace industry, the State of Ohio must facilitate relevant research; establish and develop a STEM-educated workforce; participate in organizational collaborations; and expanding federal aerospace facilities.

Springfield City Manager Bryan Heck expressed confidence in the region’s position as a leader in eVTOL technology. “Springfield is at the forefront of technology that will lead us into the future. [NAAMCE] builds on existing infrastructure that took time but quickly took off.

Springfield, Ohio offers existing infrastructure and an affordable cost of living, making it an attractive city for the growing AAM industry.

Air Force Research Laboratory Commander Maj. Gen. Heather Pringle speaks at the National AAM Industry Forum about the Air Force’s priorities for next-generation development air and space vehicles. “What AFWERX did with Agility Prime is they capitalized on the rapid technological advancements in the industry, and they followed that by trying to interweave the military requirement and some of it- ci and not to hinder business development in any way,” she remarked.

Last month, the USAF awarded a new contract to support eVTOL pilot training developments. The recipient, a company called Aptima, coordinates with Detachment 62 (Det 62) of the Air Education and Training Command which supports the Agility Prime program. Aptima has previously worked with AFRL to develop technology that can objectively measure the performance of pilots through flight simulators. Det 62 will help research and determine pilot skills and training requirements specific to eVTOL aircraft.

With the school holidays fast approaching, the aviation industry is working hard to avoid a …